January 15th, 2019 marks the 100th anniversary of Rosa Luxemburg’s murder. To honour this wonderful and powerful woman after whom it has been named, Rosa Luxemburgs Foundation’s Office in Greece turned to the Athens School of Fine Arts to seek Rosa in art, to see how art can depict her personality, her multiple interests, her flaws, her ideas, her era; to see what Rosa looks like today, what she inspires, to dress her in her new clothes.

This cooperation with ASFA resulted in 28 original, inspired, and very different works of art and 6 of them will be awarded a prize by the Rosa Luxemburg Foundation.

The exhibition was organized in cooperation with Aggelos Antonopoulos, dean of ASFA and teaching professor of the 1st Painting Workshop, and with Ada Dialla, president of and professor in the Department of History and Theory of Art. Dida Papalexandrou helped out with the administration. 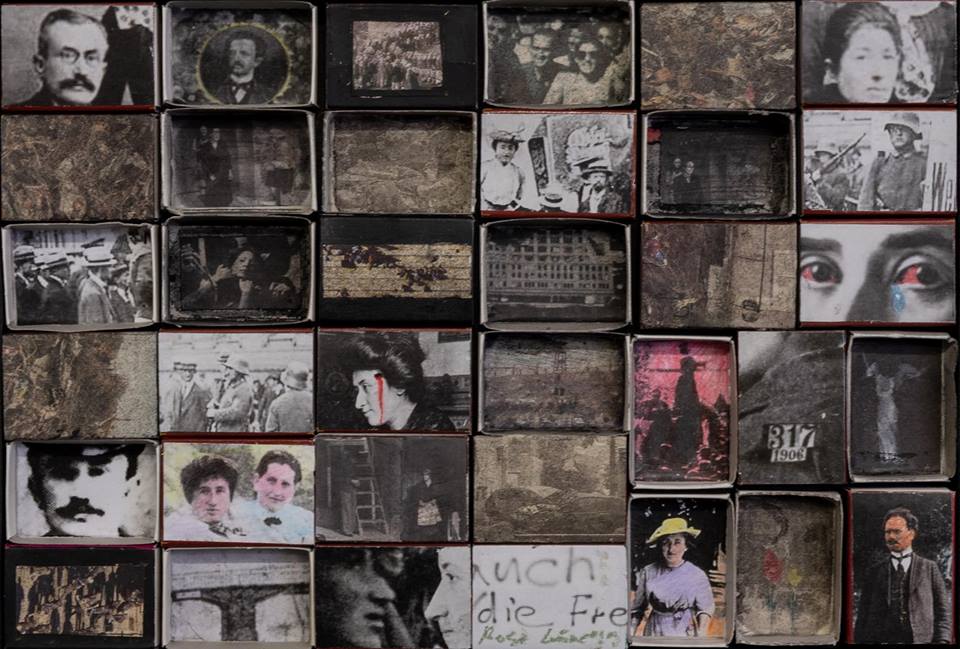