Screening of the film

Marina Gioti’s documentary film The Invisible Hands (2017), weaves a narrative that conjoins art and music with politics and social unrest. Maverick underground American/ Lebanese musician and ethnomusicologist Alan Bishop (Sun City Girls, Sublime Frequencies), lands as a stranger in Cairo, soon after the 2011 uprisings and teams up with three young Egyptian musicians for the translation of his old songs into Arabic. Under Bishop’s mentorship, this unlikely collaboration transforms into a band, The Invisible Hands. Structured around fly-on-the-wall scenes, archival ghost apparitions, absurd cameos, and poetic diary narrations by Bishop, and unfolding between the two critical elections, that marked the post-‘Arab Spring’ period in Egypt, the film juxtaposes the tragicomedy of politics and art-making in the so-called periphery with the transition from political euphoria to political melancholy. According to the reviewer Rodney Perkins of Screen Anarchy, 'In a time in which the world seems locked into perpetual political conflict, The Invisible Hands is an affirmation that creative people from highly divergent backgrounds can still unite to create strange — and beautiful—art.'

Public Screening, as part of the exhibition 'Anatomy of Political Melancholy' at Athens Conservatoire.
Organised by the Schwarz Foundation
Curated by Katerina Gregos 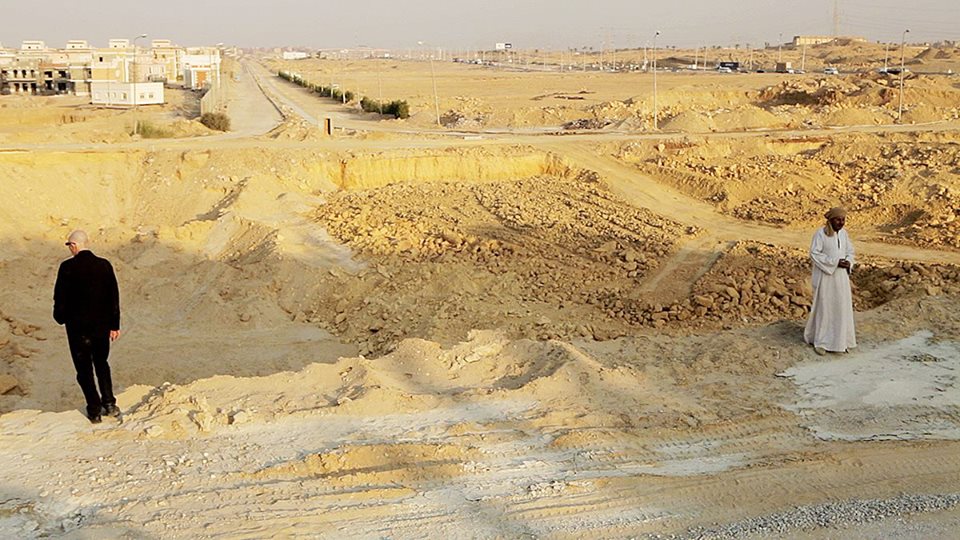