Encounters | May or May Not Have Had with Peter Berlin

Encounters | May or May Not Have Had with Peter Berlin

Vamiali’s gallery presents the exhibition “Encounters I May or May Not Have Had with Peter Berlin”, curated by Caroline May. The exhibition borrows its title from Mariah Garnett's homonymous work and refers to “Peter Berlin” as a concept and as a metaphor to illuminate the notion of desire, highlighting the impulse to “meet with our heroes”. Through these encounters, as real or imaginary, intellectual or deeply personal as they may be, our sense of identity is reshaped and consequently, the process of art making is recharged, re-positioned and re-defined. Peter Berlin is a photographer, artist, model and filmmaker. Serving as his own photographer, model and fashion designer, Berlin redefined self-portraiture and became an international sensation.

Mariah Garnett’s film highlights the artist’s desire for the extravagant gay icon and mystifies the 70s as a decade of sexual liberation. Partly documentary, partly biopic, the film features the artist herself re-enacting Berlin’s erotic persona. As Garnett inhabits the filmmaker’s signature manner of style and dress, she presents a film that galvanizes the kind of gender misidentification that is a consistent point of interest throughout her practice. Garnett’s other film in the show, Other & Father, is a re-enactment of footage that narrates the relationship of her Northern Irish Protestant father and his Catholic girlfriend, aired by BBC in 1971. The original broadcast, which was riddled with half-truths to suit the BBC agenda, led to death threats and his eventual flight from his home. Garnett re-enacts the documentary, starring herself and a trans-woman shifting focus from the ethnic/religious tensions to sexual politics and gender dynamics. Through her deeply personal lens she mediates her own subjectivity as well as that of her chosen medium, which systematizes definitions of identity. The process of filmmaking, the de-mystification and re-mystification of the process, the negotiation of actor/performer and filmmaker are integral to Garnett’s project.

Similarly, Paul Mpagi Sepuya studies how photography (mis)represents or dissects his own identity and exposes the mechanisms of picture making. He documents his subjects in a formal studio setting, at the same time deconstructing and mystifying the process of photography and the relationship between model and photographer. His intimate portraits follow a long tradition of photographers such as Lyle Ashton Harris, Peter Hujar and Rotimi Fani-Kayode. The dignity with which he arms his subjects, black and white men, led the writer and critic Hilton Als to include Sepuya in his 2016 exhibition on James Baldwin, poetically situating him as one of Baldwin’s creative “children”. Speaking about his work, Sepuya claims: “every photograph contains within it the instances of what preceded it. In thinking of photography this way, I am able to bring together and embrace the contradictions that photographic production generates: in its accelerated gratification of desire and simultaneous displacement of its subjects by the resulting image-objects. It allows me to hold, within the studio, all material as potential. Each enters into the frame of another within a chain of production, revision, destruction and re-production”.

This accentuation of desire is central in Neal Tait’s work. His intellectual encounters with his heroes, like Leger and Guston, are prevalent in his works. His interest is in ghosts, spirits, hauntings and the idea of possession. Using found imagery he starts a painting without having a pre-conceived idea of how it will end. In this sense the painting process is the subject of his work and its perhaps the openess of painting that allows this to happen- through cancelling out or obliteration. His identity as a painter is in a constant flux during this process: both doubting and asserting himself in his attempt to capture the essence of desire, employing a dark, unruly and idiosyncratic vocabulary, which poses open-ended questions which alert the viewer.

With the kind support of Arctos Films. 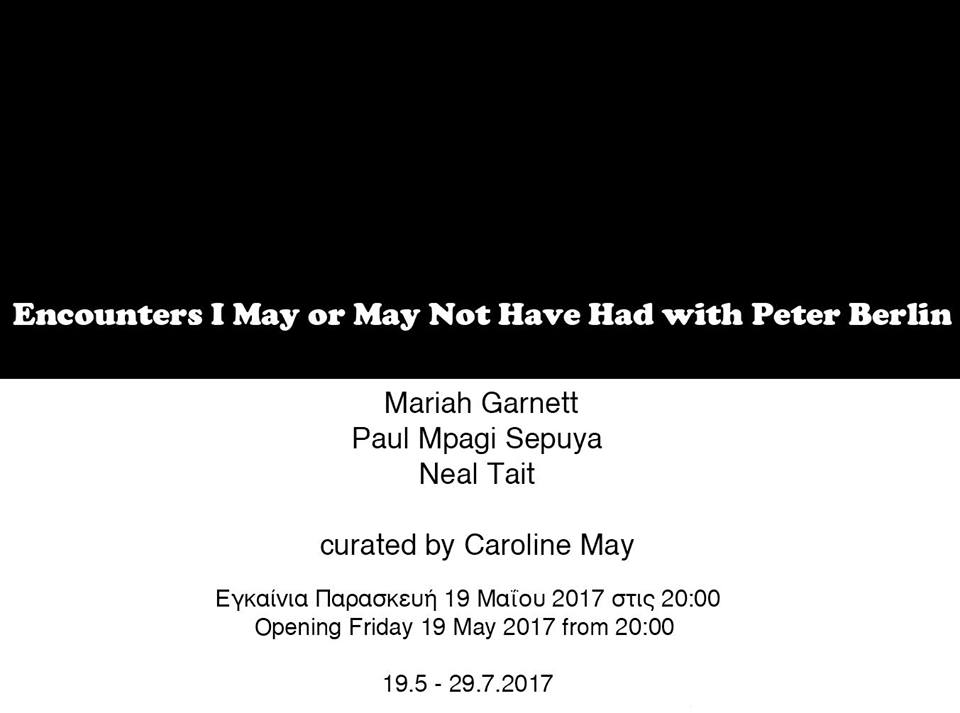