Κaktos Project presents City Dwellers, an online exhibition that features the work of four mid- career artists who investigate the textures and fragments, memories and potentials of the city. Dimitra Ioannou, Sotiris Panousakis, Lila Polenaki and Kostis Velonis have all found the city a source of inspiration, while it has impacted their practices in various ways.

Dimitra Ioannou’s interest lies in the position of women in public space and their lack of representation. Her ongoing photographic essay “The City is Now Yours” is a kind of palimpsest: in each photo there are traces of another; the magnified surfaces of walls, pavements and slogans found in Athens are inhabited by women’s bodies and vice versa.

Sotiris Panousakis views the cityscape as an ever-changing, fluid scenery of transaction, negotiation and reconciliation. He strolls around the city like a flaneur, taking pictures of what gets his attention: neon signs, shop windows, metal surfaces and light sources. Panousakis is fascinated by the spectacle the city offers but also intrigued with what lies beneath it. He has created an immense photographic archive, which he uses as the starting point for paintings made by selecting, cropping and highlighting architectural elements and neon signs, as well as elements that tend to get overlooked: plasterboard, screws and sockets, cables and beams, all of which hold together the “imaginary” and the deceiving spectacle.

Lila Polenaki is best known for her large monochromatic canvases which, although abstract, include fragments from the artists’ everyday life. In one of her wanderings, the artist found herself in front of an abandoned house in the outskirts of Athens. Having entered it, she came upon a handful of love letters between a Greek man and a Swiss teacher in the 1960s. This encounter inspired Polenaki to make paintings exploring ideas of memory and loss, exchange and cross- cultural communication, as well as the life of buildings and what they stand for.

Kostis Velonis typically uses found materials to create sculptures and installations that move from the personal to the political. Species Speech (2015) is a sculpture whose effects in part derive from the tension between the organic and the abstract. It is made of marble, wood and acrylic, materials that are found in the landscape of Athens. 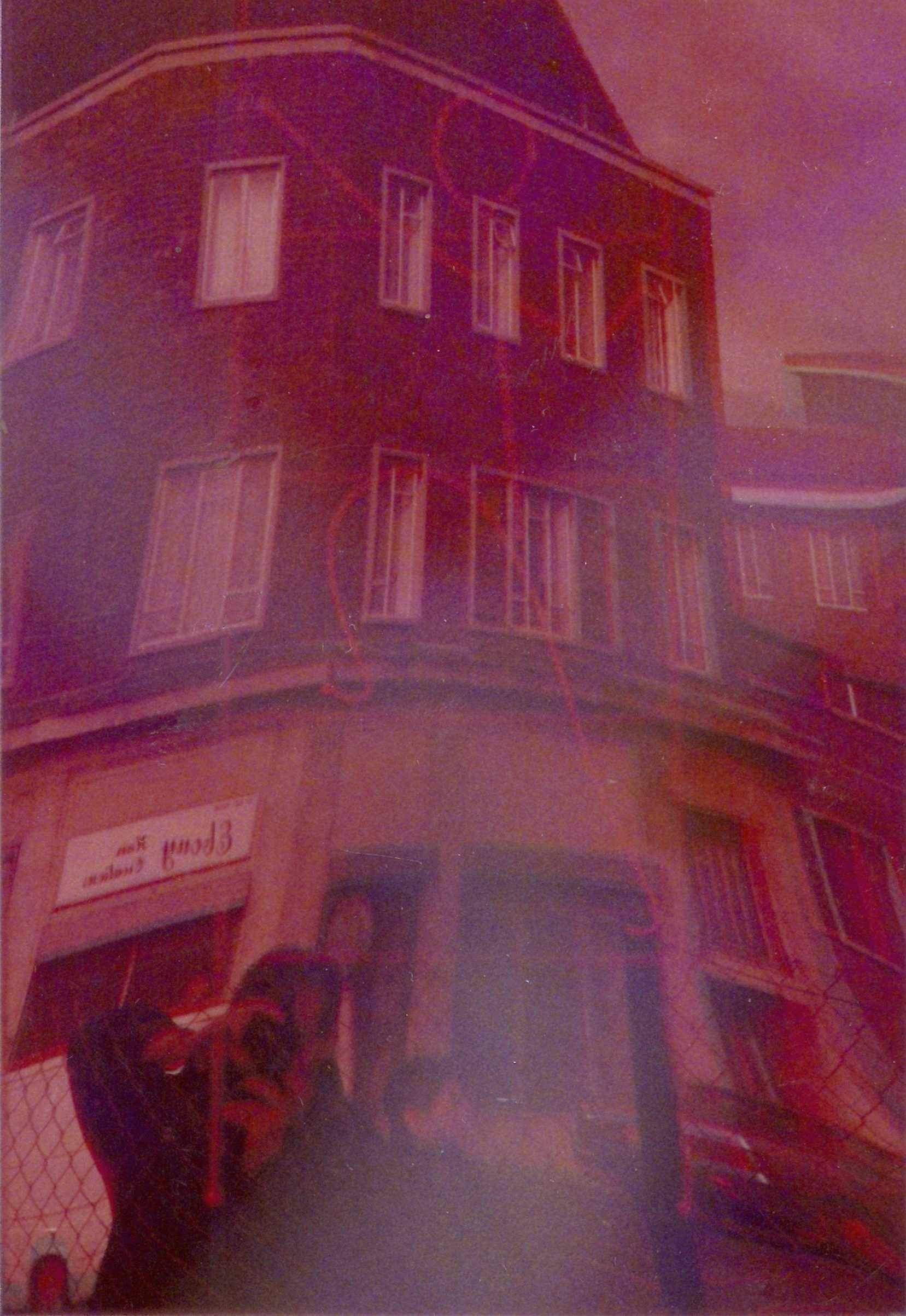