Stoa42 is pleased to invite you at the closing event of the exhibition Billions of miles by Charlotte Nieuwenhyus.
Billions of miles by Charlotte Nieuwenhuys consists of a series of five paintings that will unfold to the public at the window of Stoa42 within the period of five weeks.
Charlotte’s big-scale paintings invite us to enter her intimate world of shapes and colors, in a scenographic set that reflects and mirrors the absence, the void, and the paradox of the past year. Charlotte approaches the terms of isolation, under the most intimate form - both physical and psychological. Ιsolation that to her is the consequence of our dependency on today’s society patterns that seem to be unable to contribute to the fluidity of human relations.
Confronting the strength of geometrical structures and color blocks, as to depict resistance, with the fragility of a sensual palette and the fluidity of oil paint, the artist pictures the ever-lasting fear of a collapse in opposition to the will for resistance. It resonates as a quest for tangible desire with its soft reassuring palette and its evident erotic quality, yet the colors are almost hypnotizing and it appears like a trompe-l’oeil, deceiving the eye.
The structures, though solid, are floating in weightlessness. They appear as shapes of strength and opposition facing the emptiness, but in fact, nothing is tangible or even real, and it looks though as appealing and welcoming as a theatrical stage or so. Following Donald Winicott’s idea that the psychotic mind fears a collapse that has already happened, she decided to present the five paintings one after the other, underlining the repetitive flow of her and our thoughts. Charlotte started the series in 2019 but the project got a wider meaning throughout the year 2020 and the questions that have been unavoidably raised.
Charlotte Nieuwenhuys, born in Namur, Belgium, Fine Art graduate at Edinburgh College of Art and Athens School of Fine Art, currently lives and works in Athens. Charlotte's work revolves primarily around painting, drawing. and writing. We can read her approach from the angle of subjective abstraction, confronting the delicacy and poetry of minimal painting with psychological and socio-cultural notions. The subjects of her paintings intuitively unfold in a flow of painting and emotions that attempts to make the connection between variations in human psychology and the porosity of the world around us. 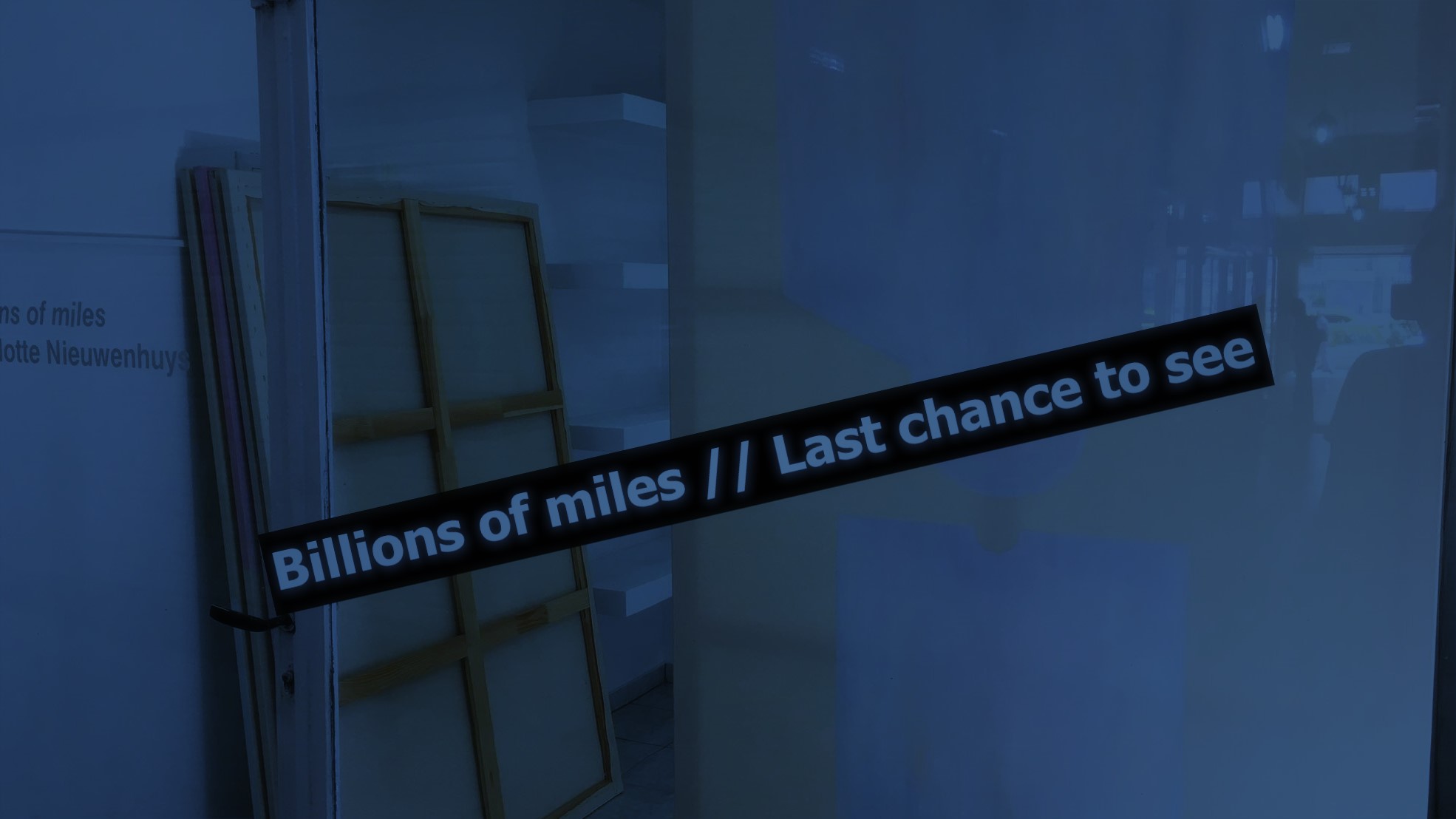