In his first solo show in Athens, titled After Sunset, Anestis Ioannou invites us to enter his personal world where he is concerned with the relationship of the individuals to the architectural environment and to the urban nature.

In his large dimension paintings, he replaces the traditional canvas with the jean textile, the canvas here is processed in a different way. Jean is a material originated from denim, invented by Jacob David and Levi Strauss in 1873. It has marked the culture of the last 150 years. Also, it is connected to the labour class, as a symbol of disobedience, which later became the basic paradigm of fast fashion (clothes in low prices produced fast from the mass markets).

The artist approaches jean as a fabric of everyday life, addressed to all social strata. Wearing it, people feel familiar and it connects individuals around the world (global cultural transplant). Its social address is evident from the range of its value and the market demands. The question of matter and form, as well as their coexistence in relation to philosophical pursuits, regarding material and its research, are redefined and acquire a new dimension here.

Anestis Ioannou watches from the window of a room, the city, the urban landscape, the architecture, the nature, our distance from the natural environment but also our effort to include it in our lives, fragments, such as a flowerpot and a tree in an open-air space, the vain gesture of the individual which reminds us of what we have lost.

Starting from this thought, his concrete-like sculptures with neon, wave at us in an ironic mood. When we cannot include the natural element, we replace it with the artificial: a neon plant that grows in cement instead of soil.

We follow the process of technology expropriation rooted in everyday life, related to advertising, branding, nightlife, bars in the urban field, and it turns to be a personal story.

All these references are intricately embedded in an apartment of a 1951 building, an excellent example of Greek modern architecture and modernism, which during this era local immigrants left rural life and moved to the city. 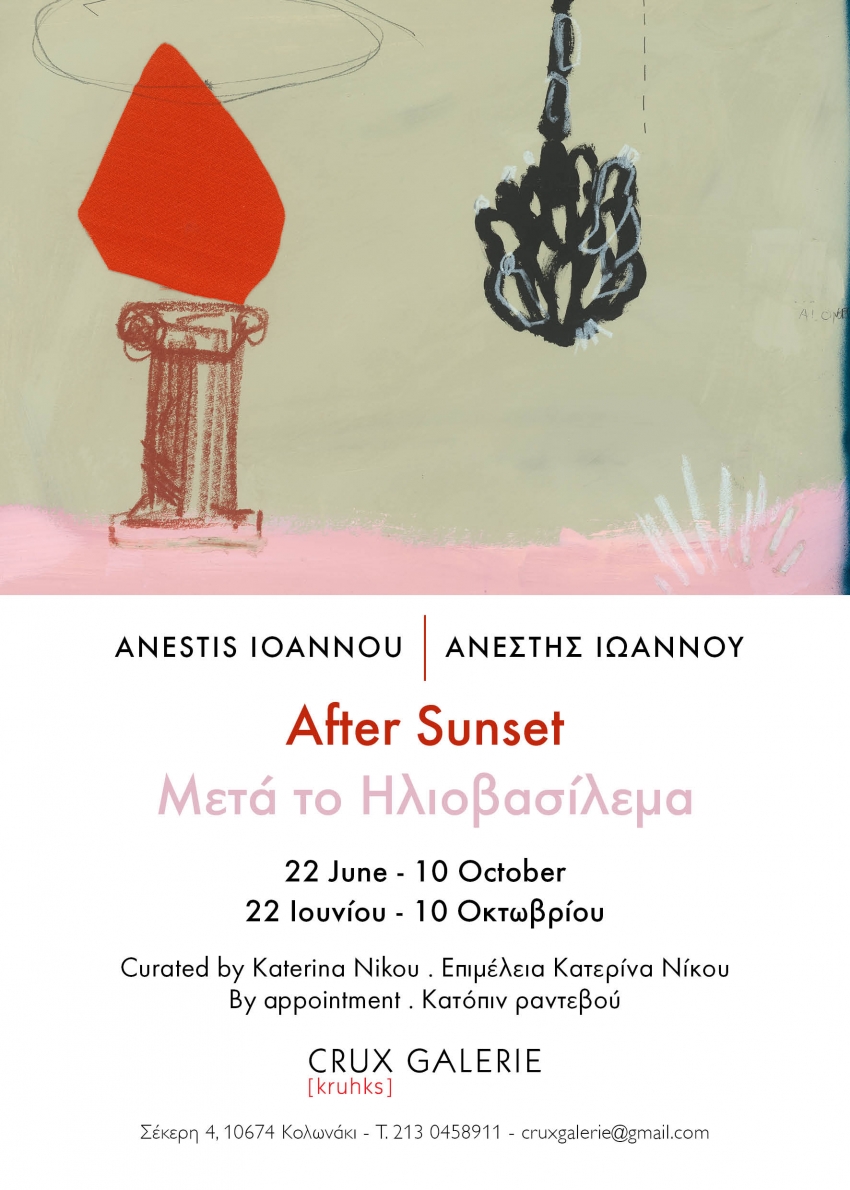