As I Came Through the Desert Thus It Was

As I Came Through the Desert Thus It Was

Zoumboulakis Galleries present Dimitris Efeoglou’s solo exhibition “As I Came Through the Desert Thus It Was”* curated by Apostolis Artinos.
The artist is showing a new body of work that evolves into different forms of abstraction and sits at the intersection of painting and sculpting.
The artworks in the exhibition, showing for the first time, consist mainly of large scale painted perforated papers, with predominant metal elements, together with smaller scale painted works consisting of thick, engraved layers of paint on wooden surfaces. “In the exhibition, As I Came Through the Desert Thus It Was, Dimitris Efeoglou traces onto his canvases a landscape's resistance; an image of the world that keeps coming before his gaze as it seeks to be understood.”
Apostolis Artinos notes in his text, “The lucid gesture” and he continues describing Efeoglou’s work by stating: “At first sight, the canvases of Dimitris Efeoglou could be described as painting; yet in reality, in their own reality, they defy classification. There is drawing and painting, of course, but there is also a sculptural aspect in the way the artist processes paper or with the thick paste in his coloured paintings—but all of these still reside outside specific genres. To be precise, they are visual gestures presented in the primordial form of the graphic trace; rhythmic manifestations, incorporating—and pulsating with—formal emotions before these have assumed the relief of their duration. This is the trace of the reclaimed shapelessness of the world before it has surrendered to the transparency of his signifiers. There is a change here, a return of the script to the state before it was refined into a language of communication. Here we have concealments, smudged emotions, dark, un-entangled thoughts—a script that's rolling up its skein. These folded painted surfaces of Efeoglou distort their visual character. Something is concealed there, something unique is preserved—just as in his smudged scripts, in the erasures of the carvings on his painted surfaces, a dense corpus of oblivion is formed, an environment of desolation, a metaphysics of absence.”
*The title of the exhibition is a verse from the poem "The City of Dreadful Night", 1874 by James Thomson (Bysshe Vanolis), 1834 - 1882, London. 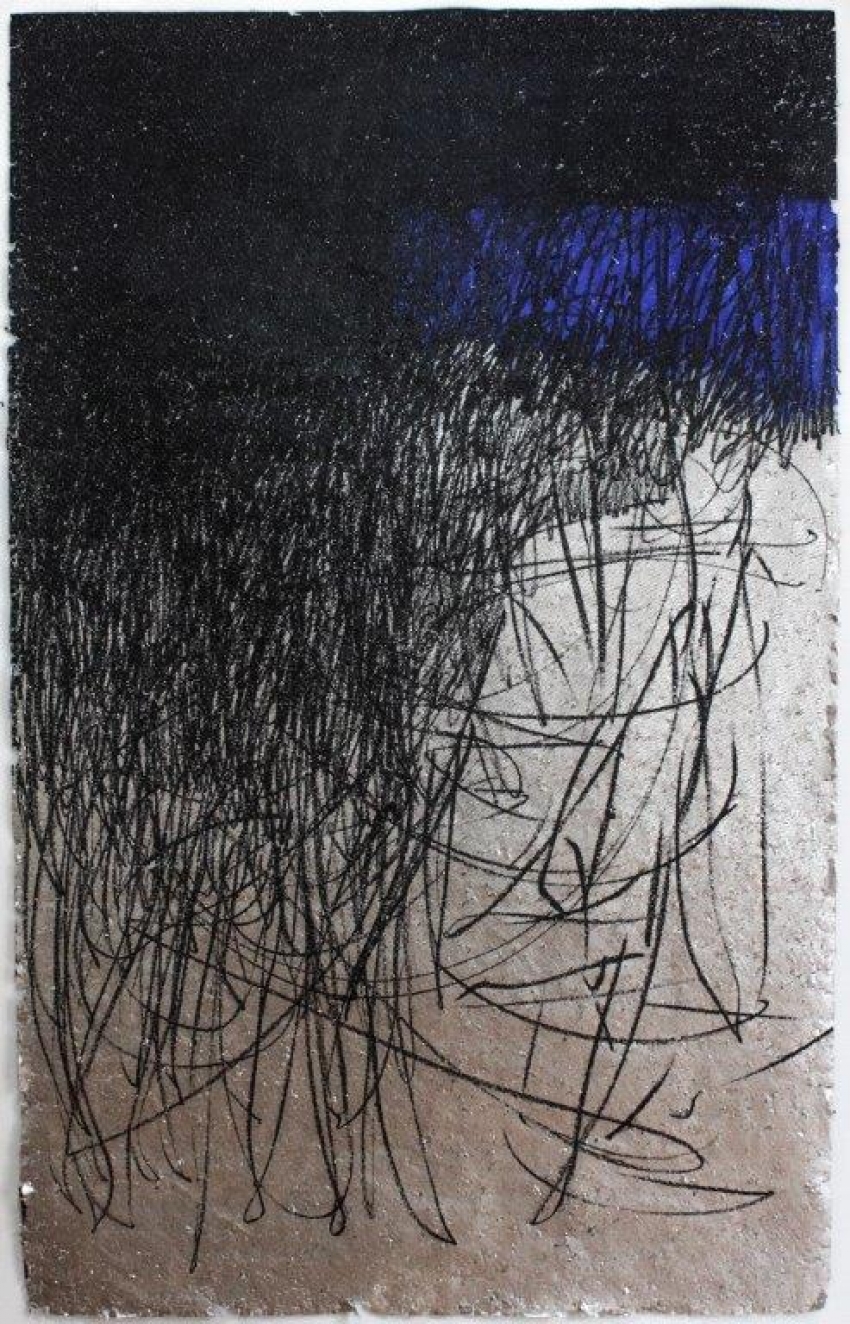