This large-scale projection by South African artist William Kentridge presents a procession of shadowy figures marching to the sounds of a brass band.
A huge, 40-metre caravan of shadows extends over eight screens, reminiscent of a medieval danse macabre. However, it is a procession that is more about life than it is about death. The image of people crushed under their belongings, which they carry on their way to an unknown future: the refugee crisis inevitably springs to mind. The motif of the procession is thus transformed into a timeless symbol of movement, displacement, and political change. Kentridge explores the existential loneliness of wanderers, depicting them walking in a single file, moving from one country to the next, exchanging the familiar terror of war for the hope of an unknown destination.
The title alludes to a line of a famous Paul Celan poem: “More sweetly play the death…” Kentridge’s procession is not a Dance of Death: it is a litany of shadows marching inside Plato’s cave. 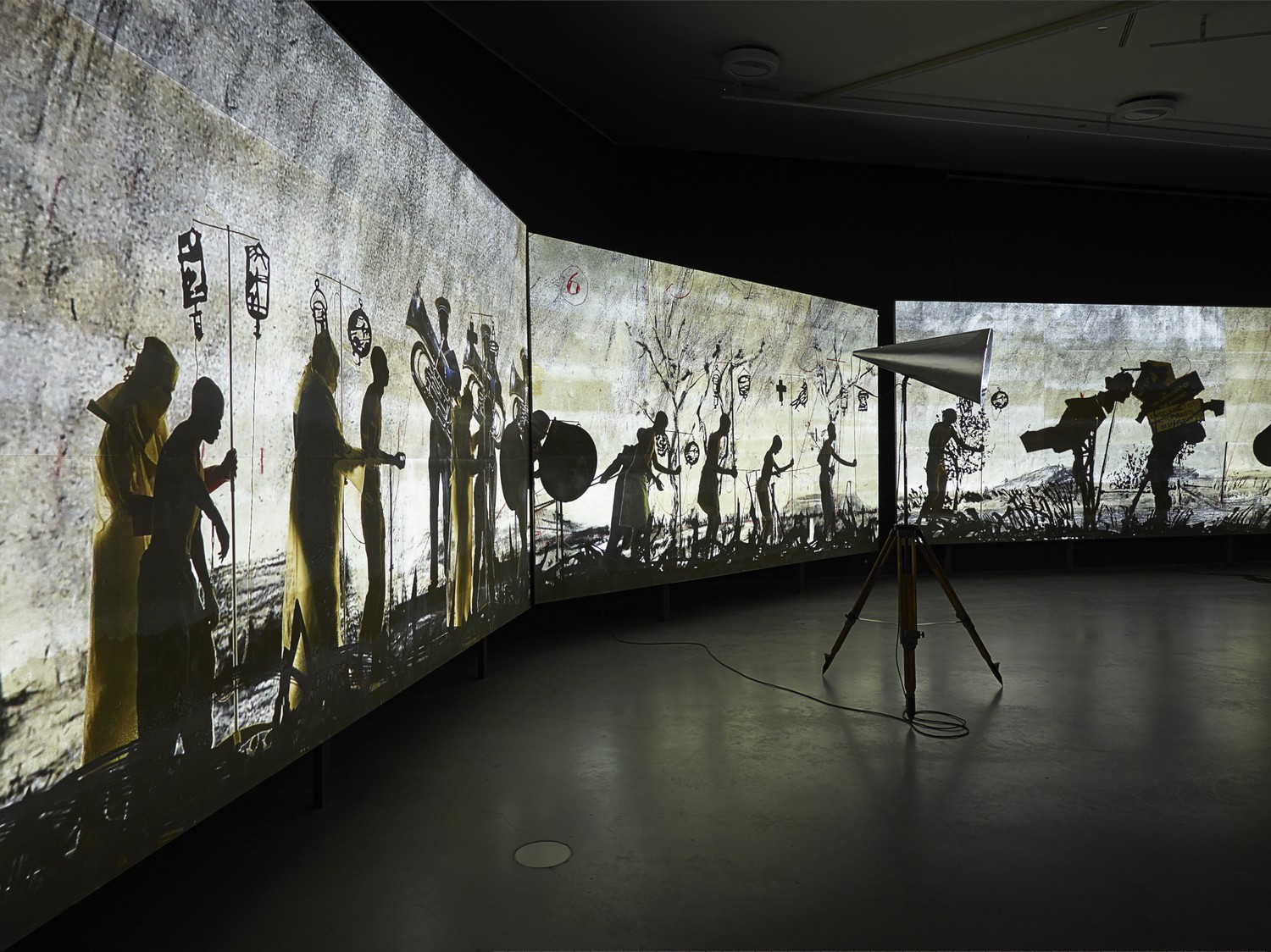