State of Concept is proud to present Passphrases, the first solo exhibition of the artist collective Metahaven in Greece.

Metahaven’s work challenges boundaries between art, film, and design. For their exhibition at State of Concept, the artists are presenting a newly commissioned film installation of their recent film Chaos Theory (2021) and their 2018 film Hometown, both part of a trilogy that begun with Information Skies (2016). Featured alongside the films are a number of textile works from the series Arrows (2020) and the new series Blossoms and Secrets (2021), embodying texture, dream, and film still. The latter works are exhibited for the first time at State of Concept.

In 2019, in their two-part essay titled “Sleep Walks the Street,” Metahaven inquired into the political sides of absurdist poetry. Their argument held that politics requires metaphors to work diligently, as if they were real, whereas absurdism disrupts their functioning, amongst other things by taking metaphors literally and revealing their impossibilities. Elements of Hometown can, albeit obliquely, be read into the essay. Both Hometown and Chaos Theory engage with the cognitive world of children and its enigmas, after Information Skies alluded to virtual reality. In that film, the protagonists “prove to themselves that they exist because there is video material of it.” “Video material that fictionalizes them as great heroes of a lost cause, overriding, to an extent, the actuality of their lives, the underlying reality.” [excerpted from a conversation with K Allado-McDowell, 2021]

Hometown focuses its hypnotic gaze on two cities—Beirut and Kyiv— that merge to become the backdrop of the lives of the film’s characters Ghina Abboud and Lera Luchenko. Together with the cities, the virtual and the real merge as well, forming an environment of industrial buildings, abandoned fields and overgrown gardens, paired with bright-coloured animations. The two women correspond to each other in their mother tongues, the viewer getting the impression that they are talking to themselves, subtitles in English and Ukrainian burning the screen in hot pink. The script of Hometown draws on a genre of children poems known as “twisters” or “topsy-turvies.” In such poems, two sides of the same coin, a negative and a positive, are joined in creating a verse, creating an ambivalence as to whether a verbal statement can hold onto reality.

Chaos Theory focuses on children, parents, and attachment. X (Valentina Di Mondo), the child, is adventurous and associative. The adult, Y/Z (Georgina Dávid/Lucie de Bréchard), appears pensive, yet ever as dedicated to nurturing X.
Just after the two have departed on an elevator journey, the film cuts to a bright space in which Y/Z speaks to X:

What is present
what is physical
quite like joy itself?

X’s playful axioms and aphorisms intersect with this monologue:

I see us in things that are not us.
In the drawings of the seats on the bus.

X tells of a dream she had about eight black swans. When the swans appear, the fantasy becomes concrete; play and belonging have the last word.

Metahaven are currently working on two films, True and Eternal Bliss and Capture, both forthcoming in 2022.

“Passphrases” is supported by the Mondriaan Fund 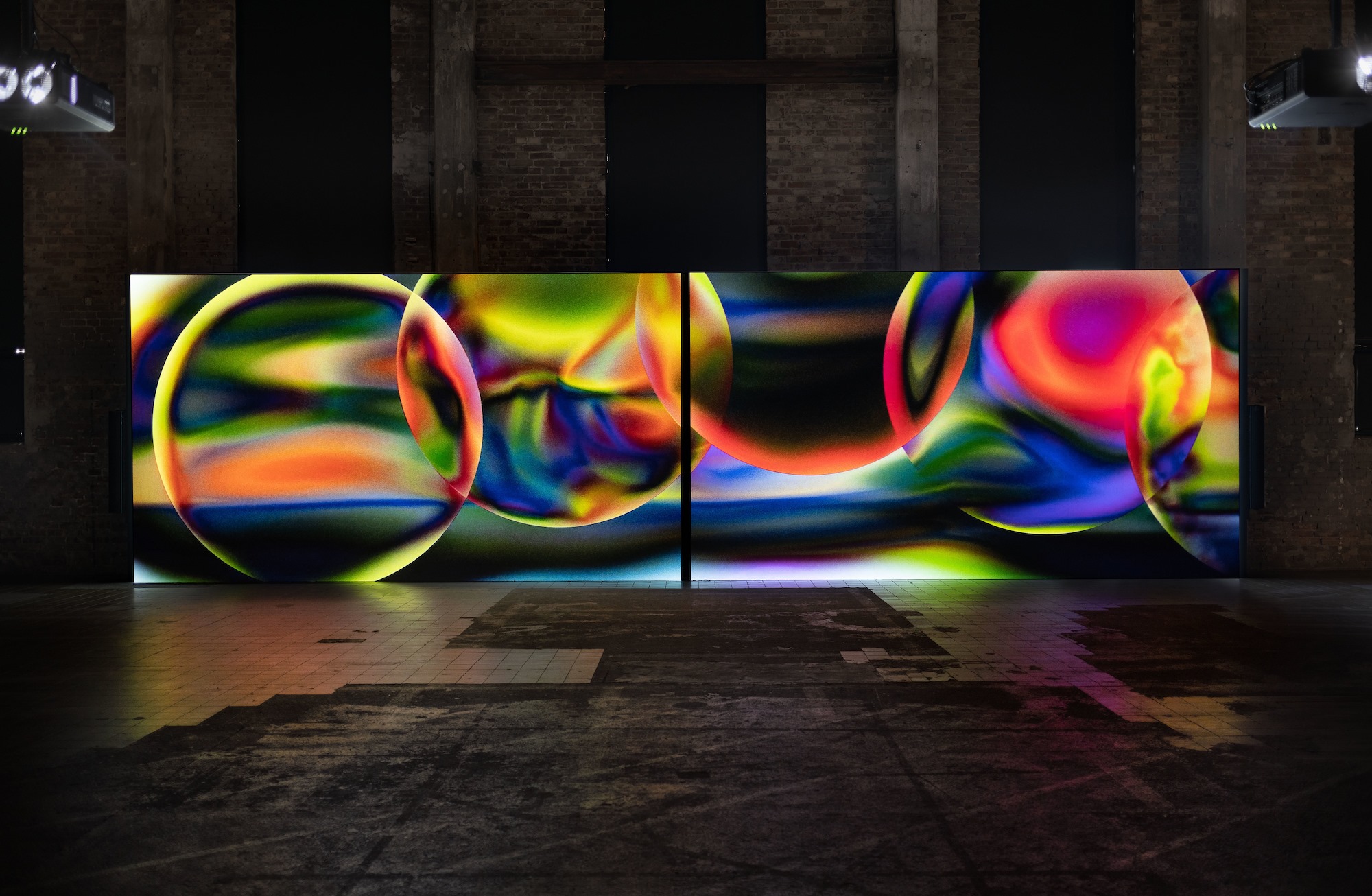