In the Air Tonight

In the Air Tonight

In The Air Tonight is an exhibition of new fiber works by Amsterdam based visual artist Erik Alkema.
Consisting of three series of Tapestries, the work is an exploration of the artist's own personal history growing up as a gay youth against the backdrop of eighties pop culture.
The series are inspired by the songs of the Pet Shop Boys, Whitney Houston and George Michael, and the subliminal lessons a closeted-to-himself boy learned from their queer-, maybe queer- and closeted queer-lives.
Erik Alkema reflects on his own developing world view, and how it has been influenced by the various twisted and confusing, implicit and explicit messages of the time. The resulting work serves as a prelude and a narrative exposition to his own queer and fear autobiography.
Next to the exhibition there will be two screenings of works by Erik Alkema:
I Can Be Who Is There
Five video portraits of senior transgenders
Amidst the current attention for transgenders, the older generation has so far remained somewhat underexposed. While this group especially, with their personal histories of struggle and growing up in a world without acceptance or knowledge, has so much to tell.
Under the title 'I Can Be Who Is There', Erik Alkema and Eveline van de Putte present a film programme consisting of five candid documentary portraits of transgender elderly. In these portraits older transgenders share their life stories, making the issues faced by transgenders understandable and palpable.
These trans women, -men and non-binary transgenders, who now finally have a chance to be who they are, tell you first-hand how things were in a not so long ago past. Their stories illustrate what was fought for, what was won and why the current positive developments are so important.
With these personal stories of people who had to discover how they felt at a time without examples, the makers want to show what it means for a life, a human being and their loved ones, to be born with gender dysphoria and binary gender thought.
This film programme is part of the
TRANSGENDER ELDERLY PROJECT
For more information see:
www.transgenderouderen.nl
The videos are in Dutch, subtitled in English
This project is supported by the AFK (Amsterdam Fund for the Arts)
The Impossible Marriage
51 minuten, 2010
A film by Erik Alkema, Linda Bannink en Diego Gutierrez
A contemporary love-story about Erik, a Dutch citizen, and his Turkish boyfriend Serhat. A film about choices, featuring people, puppets and politicians against the backdrop of the current social and political climate in the Netherlands.
Erik is an Amsterdam based artist. He is not rich but he manages to make a living out of his art. According to his standards his life is successful. Not something to be questioned. That changes when he falls in love with Serhat and they decide to spend the rest of their lives together. Preferably in the Netherlands, but this is easier decided than done.
According to Dutch legislation, they cannot live together in the Netherlands because Erik doesn't earn enough money and is therefor considered unable to take care of his non-European boyfriend. That means that Serhat cannot stay if Erik doesn't change his way of life radically.
They get married anyway.
Knowing a lot of people in the same situation and being worried about the hardening attitude towards immigration, Erik decides to make a movie about their marriage. He asks his friends Diego Gutierrez and Linda Bannink, known for their sincere human-interest documentaries, to help him.
This personal film follows the couple and the people close to them in the month before the wedding, switching between reality and Erik's world of reflective puppet-sketches and video-collages.
Dutch, subtitled in English
https://www.erikalkema.com/ 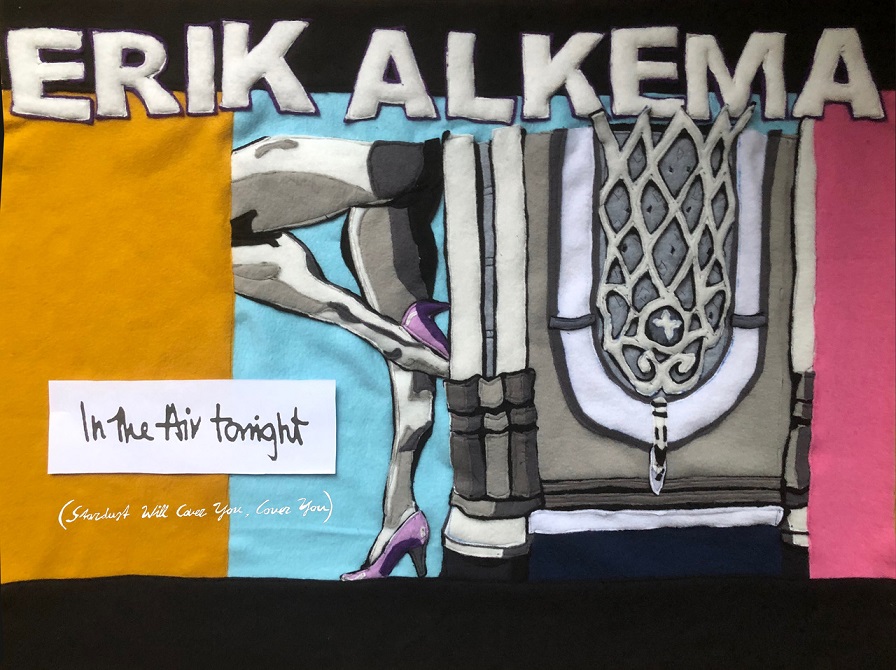