Shoshana Zuboff in her landmark book “The Age of Surveillance Capitalism”, studies the rise of a new form of power, in the latest stage of capitalism. In the first of the eight points used to define Surveillance Capitalism, ‘she’ mentions:
“The New economic order that claims human experience as free raw material for hidden commercial practices of extraction, prediction, and sales […] integrated in a new global architecture of behaviour modification. “
In accordance with Zuboff, the concept of surveillance is indissolubly connected with these new forms of power which are gradually being established. This approach is rooted in Foucaultian analysis and gains ground in the way that Zuboff describes Surveillance Capitalism’s operations: that is to say the way that giant companies such as Google, Facebook and Amazon are involved in the process of mining and handling users’ personal data. Concurrently, Zubof studies the interrelations between states, institutions and tech-companies as regards to the matters of control, prediction and modification of people's behaviour. Google itself has admitted that during the mapping process which was done for the Street View function, sensitive personal data was illegally recorded in huge databases. Simultaneous to the exposure of governments and corporations for the abuse and sale of surveilled personal data, areas and locations of governmental, political or financial interest are “pixelated” and protected every time a user tries to “surveil” using the very tools that Google apps offer.

The very techniques of concealment used by governments and big companies are deployed in the “We Care About Your Privacy” Installation in a reverse condition of surveillance: using Google maps app snapshots, areas of interest in the Greek territory were recorded. By recognizing digital data as “accumulated human experience” as distinct from the prevailing perception of it as immaterial and harmless, 16 visualized digital compositions were made and applied in a symbolic way in flags and scarfs aiming to “direct gazes where one is not allowed to look”. A flag is a means of rendering one visible. At the same time, it is a means charged with the notion of power. On the other hand, scarves are used to hide facial characteristics. Is an object commonly used by protestors all over the world.
The installation constitutes the playing field of the performance, by visualizing civilians’ roles and their contradictions within this unprecedented condition where the surveillance of “everyone by everyone” has become normalized. People contribute to the reproduction of both the philosophy and the practices of Surveillance Capitalism by treating it as “an inevitable aftermath/aspect of the technologies they use”. Personal data digging, algorithmic processing of Big Data, and the way those are working in the everyday practice of modifying oneself, facial recognition cameras both in public space and in “smart” devices, the expanded use of drones and the “peeping” behaviours in social networks are only few distinctive examples highlighting that surveillance is the new normal. 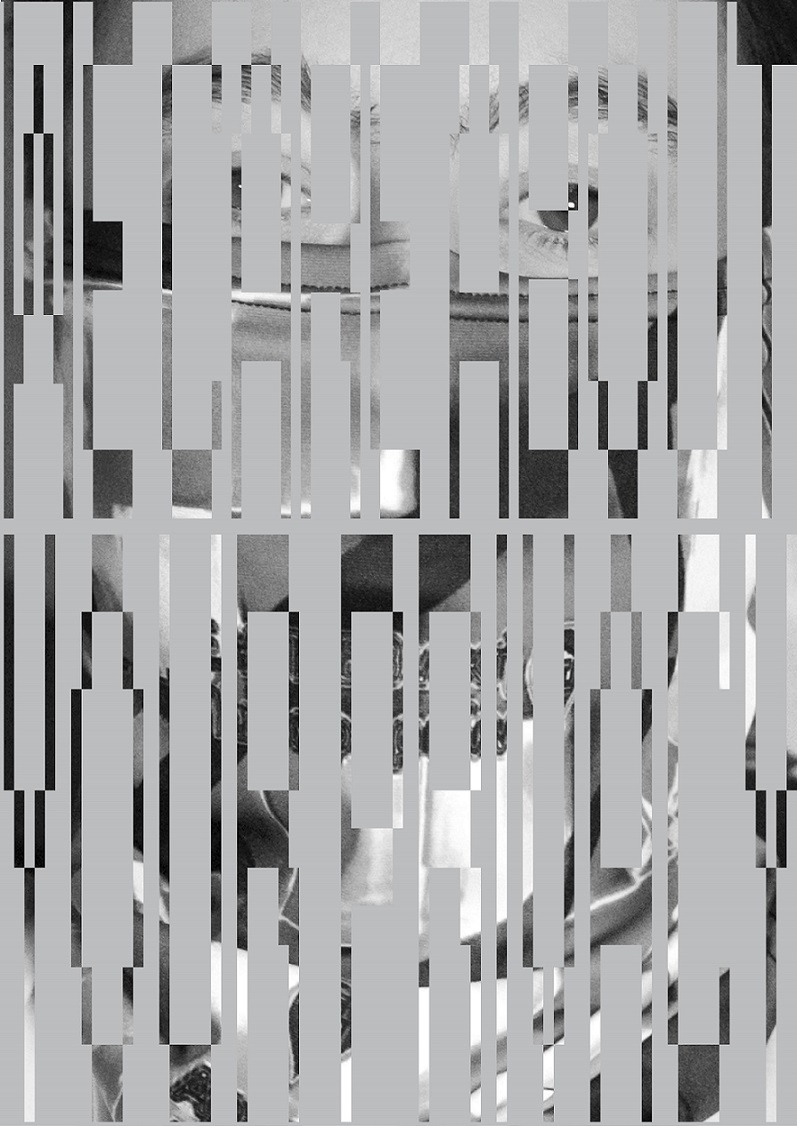