Driftwood, or how we surfaced through currents

Driftwood, or how we surfaced through currents

Athens, 5 June 2017 - The exhibition “Driftwood, or how we surfaced through currents”, curated by Evelyn Simons, will be presented from 17 June to 22 July 2017 in Athens. The project will feature 11 site-specific projects by Larry Achiampong, Meriç Algün, James Bridle, Hera Büyüktaşçiyan, Jeremy Hutchison, KERNEL, Chysanthi Koumianaki, Persefoni Myrtsou & Eva Giannakopoulou, Lara Ögel, Maria Papadimitriou and Lloyd Corporation. A preview event will be held on Saturday, 17 June 2017 at 7 pm.

“Driftwood, or how we surfaced through currents”, conceived by Belgian curator Evelyn Simons (1989), supported by project coordinator Ilektra Kalaitzaki, explores the movement of people, the circulation of capital, and how these endless flows of motion are organized, systematized, controlled and contested. As stated by Evelyn Simons, “Today we seem to operate in a system that is characterized by the disparity between encouragement of free-flowing capital, goods, resources and other lifeless forces, and the rigid boundaries or restrictions imposed on flows of people. We thus find ourselves exponentially deprived of our fundamental agency: to claim ownership over the path our society takes. In addition, the politics of self-entitlement, how we control and distribute the rights of others, prompts us to consider questions about generosity and solidarity. To whom, or rather to what, do we grant the liberties that we demand ourselves?”

Artists from different backgrounds and employing a plurality of media tackle these issues in a series of solo presentations, unfolding as a walk through the streets of the Exarcheia neighborhood in Athens. “Driftwood, or how we surfaced through currents”, for instance, will take place in a traditional Greek café, a garage, in advertisement panels and empty shops, aiming for a dialectical relationship with the city and its inhabitants.

Shared thematic topics are investigated through this wide range of artistic contributions: advertising and marketing as tools used to cover up the exploitation in globalised production processes; labour ethics; the notion of home as a personal or collective construct; the structural limitations of human movement and thought; imposed or self-governed cultural identity; and practices dealing with community-building.

This exhibition looks at how the tendency to mark out the other has allowed and still allows individuals and societies-at-large to abandon empathy and common moral sense in our encounters with those considered different. In the words of the curator: “On the economical, political and cultural axes inherent to our society, we formulate our ethical choices, blind to our own double standards. Living in a globalized society means that large geographical distances can be crossed virtually and with ease. Nevertheless, such distances ensure a detached, dehumanized outlook, and consequently, encourage the willful neglect of the other as we go about securing our own immediate comfort.”

“Driftwood, or how we surfaced through currents” is one of the three ex-aequo winning projects (along with those conceived by Michael Wang and Adnan Yldiz) of “Curate Award”, an international competition promoted by Fondazione Prada and Qatar Museums. Launched in May 2013, “Curate Award” aims to find new curating talent and to bring about original perspectives in exhibition making. The international jury selected the three winning projects in August 2014 among a large number of submitted proposals from 63 different countries.

The opening reception will be held on Saturday 17 June, from 9 pm at Kostantinoupoleos 162, Athens (Metro station: Metaxourgeio).

Untitled (Evros, Maritsa, Meriç) from the series "A Hook or a Tail", 2013. Courtesy of the artist and Galerie Nordenhake 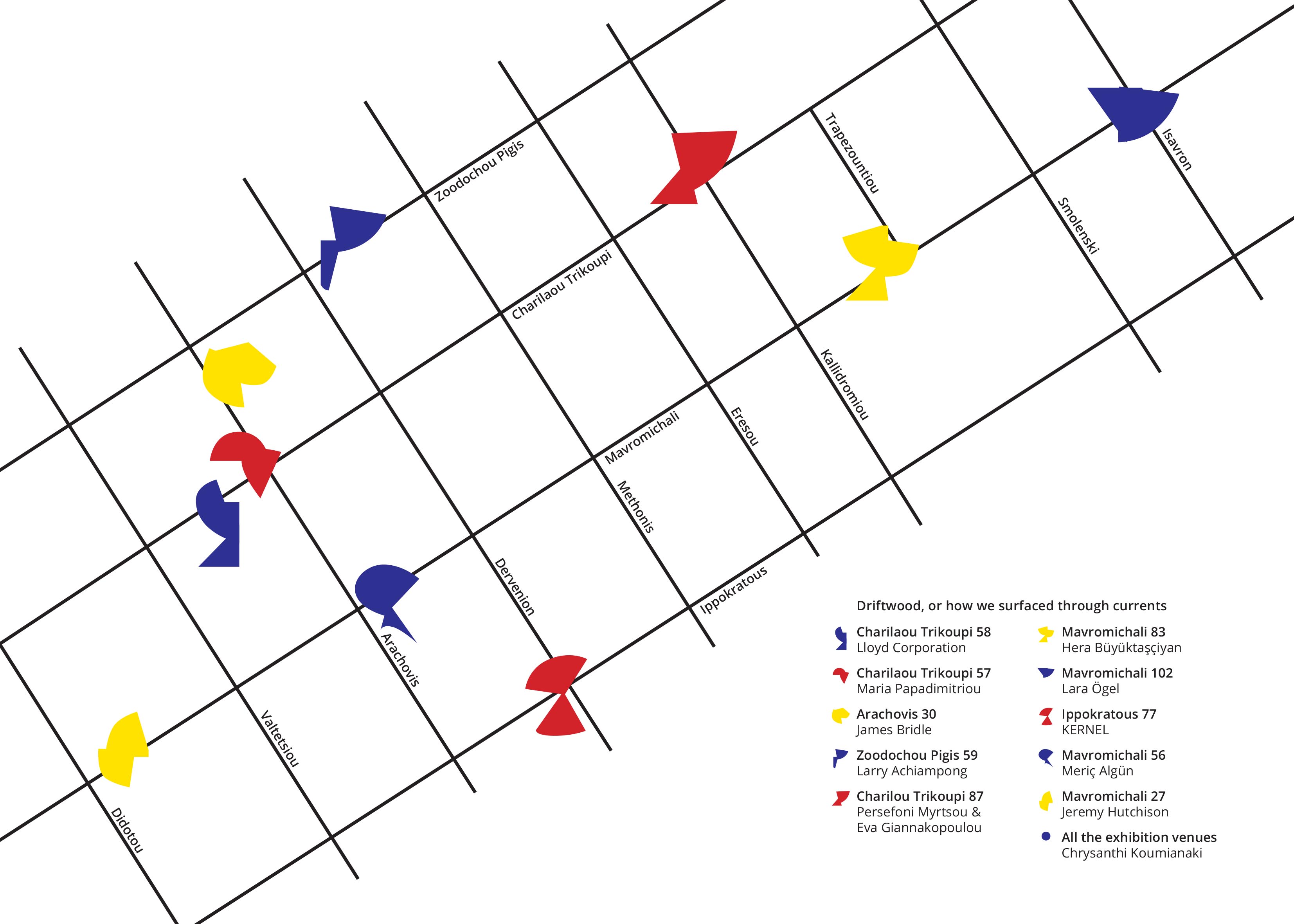