The curator Eleni Varopoulou mentions regarding the exhibition:

“In the exhibition at Kourd Gallery, Benfοrado's paintings are shown in two parts, a diptych based on criteria of colour and guided by the transition from darkness to light. The painter regards light as the link among these palimpsests, which he creates superimposing layers of paint and using the technique of lazure. Light helps formulate the relations between the parts and the Whole, it also adds substance to the rhythm of the gesture, the brushstrokes, the assault taking place from one end of the canvas to the other. Light dilutes the dense, impenetrable material, intervening, from time to time, in favour of transparency. It adjusts colour sequences and contrasts. Light arranges the informal elements and the Fluidum on the canvas so that the viewer's gaze while tracing these flecks, is not disoriented as it wanders between non-hierarchical structures or in the multifocal painting field. Instead, the viewer mentally assembles a luminous path. The light is also what led me, when curating the two-part show, to group the works according to their brightness or darkness.

Both parts of the exhibition include canvases that exude such a sense of landscape that they are perceived by the viewer as natural phenomena or supernatural realities. The viewer's impression is images of skies and storms, explosions and rough seas, forests, caves, and waterfalls”.

David Benforado was born in Athens in 1977. He studied painting and sculpture/installation at Brandeis University (USA) under Graham Campbell, Susan Lichman, Tom Bills and Enrico Gatson. He continued his studies at the Hungarian University of Fine Arts (Budapest) under Akos Birkas. For the past 17 years, he has lived in various European cities, such as London, Berlin, Florence but also on the island of Syros. In September 2020 he moved to Athens with his family. 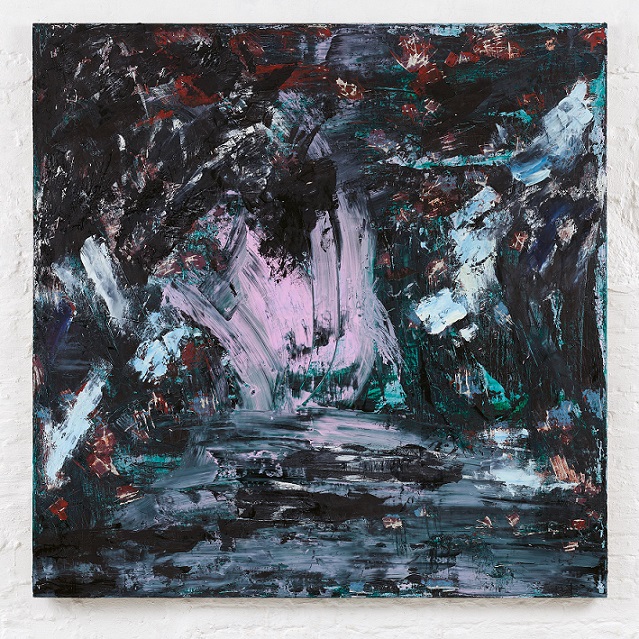