I would like to thank Barbara
she is dead
and I never knew her.

Heir hunters passed on a slice of
her Dagenham home
to me.
It helped me through the past two years.

In the works at Mavrommateon there is the hope that, in their economy, they can become like the walls upon which they are installed. Painting has been something to return to privately, to fulfil a mostly domestic need, a place for the eyes to linger on.

My first exhibition at Rodeo was made within Sylvia’s apartment in Istanbul in 2012, whilst the gallery was between spaces. The works reflected the transitory state of the space as it flicked between gallery, office, and home. In the first months of 2021, I stayed at Sylvia’s London apartment, whilst figuring out how to be a single person relocating during a lockdown.

Ten years since Istanbul, I proposed a presentation of works at Mavromateon, a space that functions much like the first. A relic of another wall, another door, from that first exhibition, is installed here for the first time since 2012. 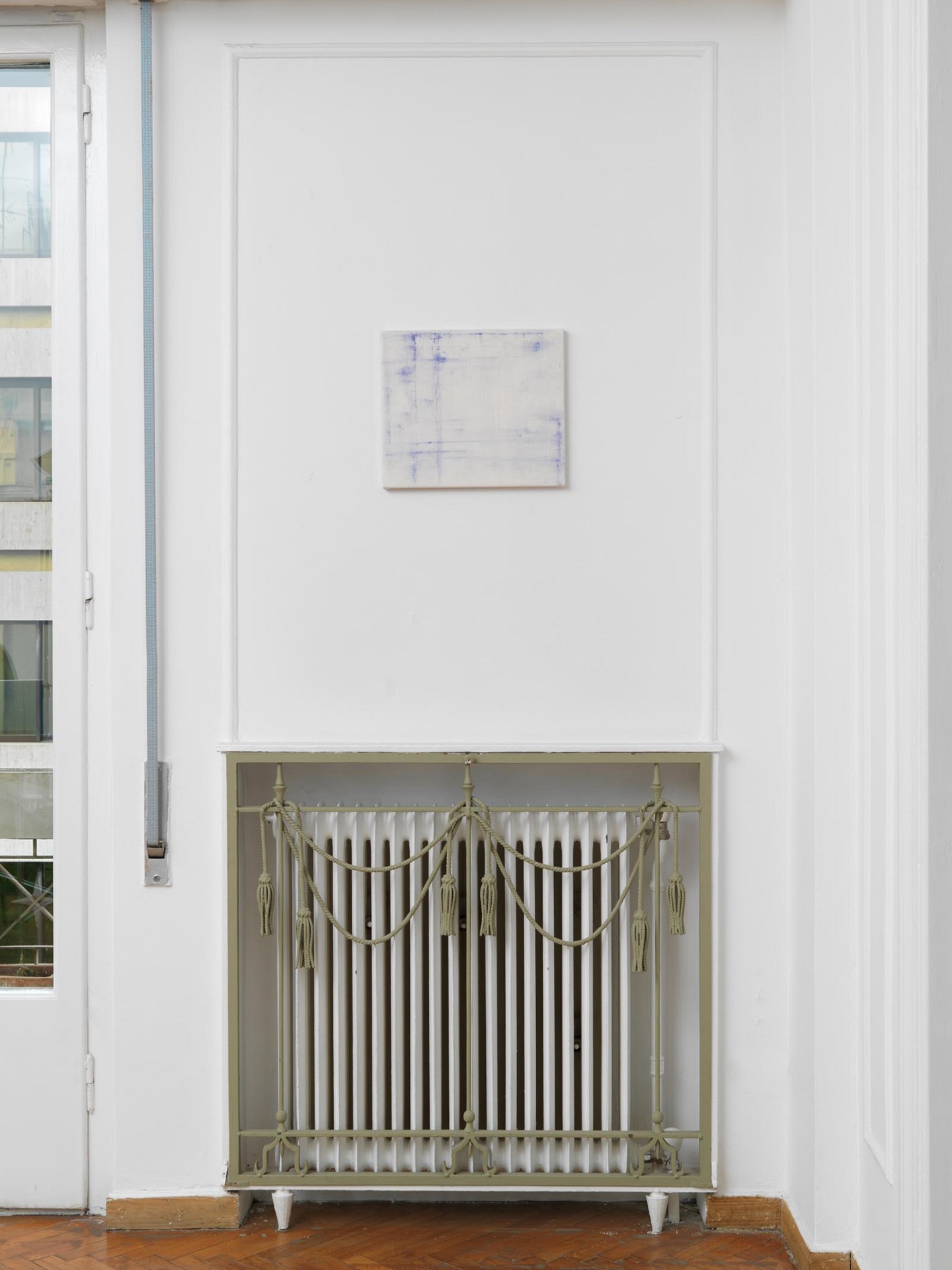