FRANCA SONNINO Thread, Sign, Space/ Il filo, il segno, lo spazio Franca Sonnino. Il filo, il segno, lo spazio is a joint project between MUACC, Cagliari University Museum of Contemporary Art and Culture and Gramma_Epsilon Gallery, Athens. It is made up of two complementary exhibitions: the MUACC exhibition is a major retrospective, which focuses on all the key stages and themes in the artist's research as it developed from the beginning of the Seventies, while the Gramma_Epsilon Gallery focuses on her most recent works.

The MUACC exhibition is the first temporary exhibition held by the new museum of the University of Cagliari. The aim of the curators, Simona Campus and Paolo Cortese, is to critically review Sonnino’s artistic career, historically match it with specific national and international cultural contexts, and highlight the connections to the process of women’s affirmation in the art world, after centuries of exclusion and being kept in the margins.
The exhibition itinerary set up in Cagliari presents a wide range of her artworks, from her first paintings, to the works that distinguish her transition to the use of thread as a privileged medium of expression and as a deeply meaningful sign. It starts from her tempera paintings of the early Seventies, in which delicate and dense chromatic textures emerge, playing on slight variations in tone, and moves on to Reti (Nets), in which the thread is no longer painted on the canvas to imitate its texture, but is actually lying on the surface, in its physical concreteness, and determines the composition of the work itself. Gradually it becomes more and more evident how the artist’s investigation of signs is configured as an investigation on and in space, leading to her creations that illustrate - as Mirella Bentivoglio defines it - the "environmental measure" of Sonnino's art, by which each work lives in relation to the space that welcomes it and literally crosses it, to the point of assuming a truly constructive attitude. The most representative works are her three-dimensional objects – sculptures and installations – built with cotton thread wrapped tightly around an iron wire core, in which materials and languages typically confined to the domestic use are transformed, and hold new feminine awareness and affirmation.
Her Libri (Books), which she began creating in the Eighties, are central pieces in the exhibition.
The exhibition at Gramma_Epsilon Gallery concentrates on her most recent works: the installation of Tondi (Circles), 2019, are graphical representations in which the artist, exceptionally, almost totally abandoned the use of thread. They are composed of thirteen elements that – as Simona Campus emphasizes in the catalogue – “include many of her personal symbols, from abstract lattices to urban profiles, like a kind of diary, a kaleidoscopic synthesis, yet rigorous as always”. She adds “in Spine (Thorns) and il Nido (the Nest), 2022, she retains the circular shapes but reintroduces thread, and the iron that supports its soul.
Finally, her very recent but as yet unpublished Libri (Books), are de-constructed, with pages that open and recompose to form a new objective dimension.
These works are characterised by a renewed expressive vision and at the same time by a rare coherence, which illustrates the relentless strength of this artist, now in her nineties, whose awareness has enabled her to transit successfully through the second half of the twentieth century, and fully embrace the XXI century”. 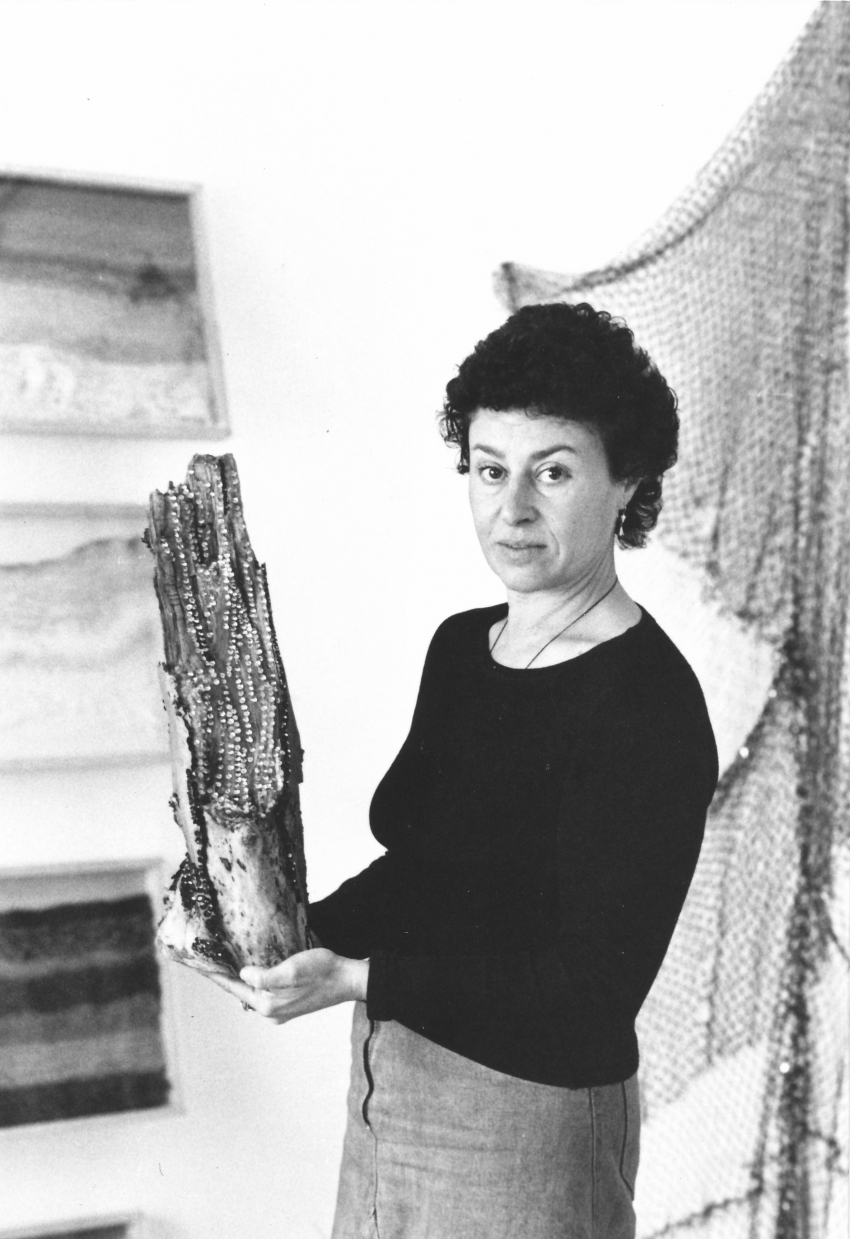 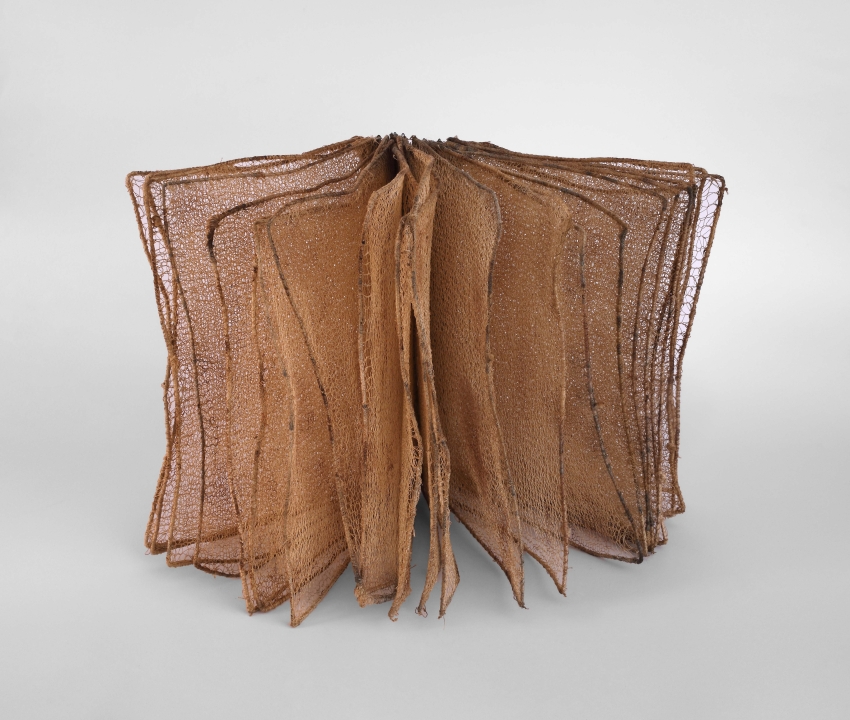 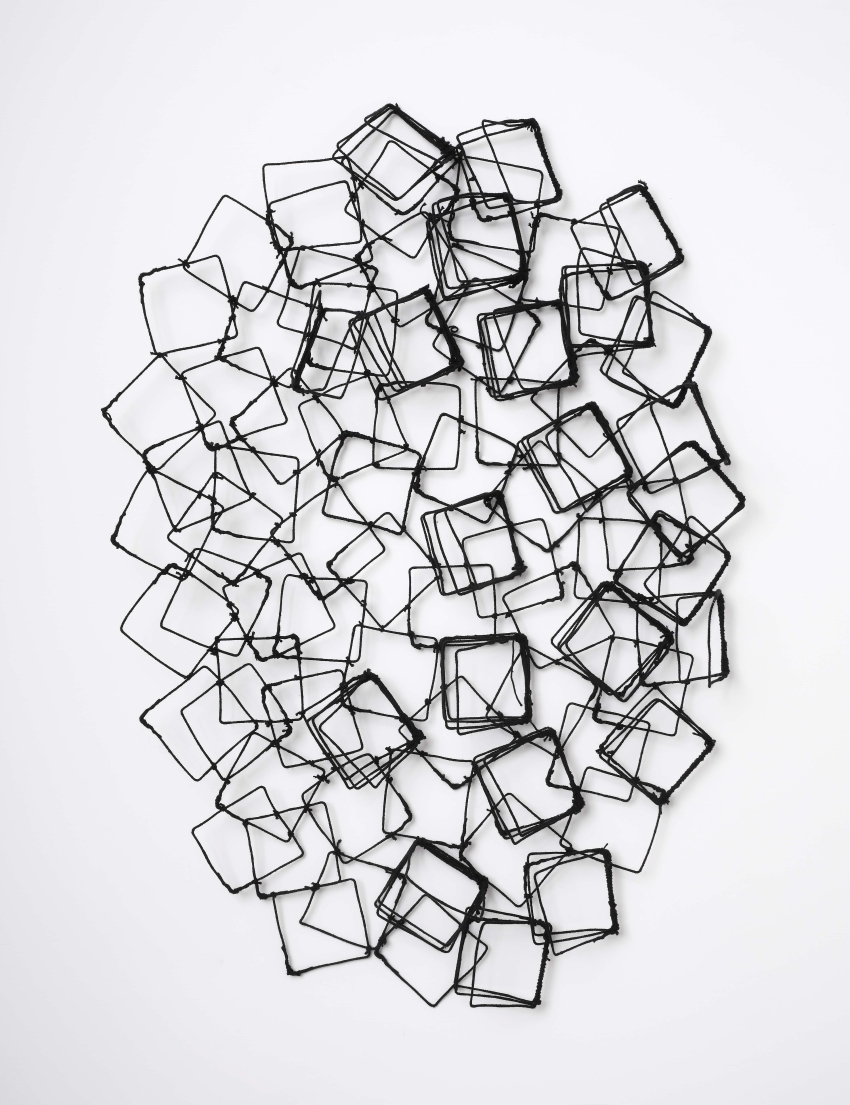 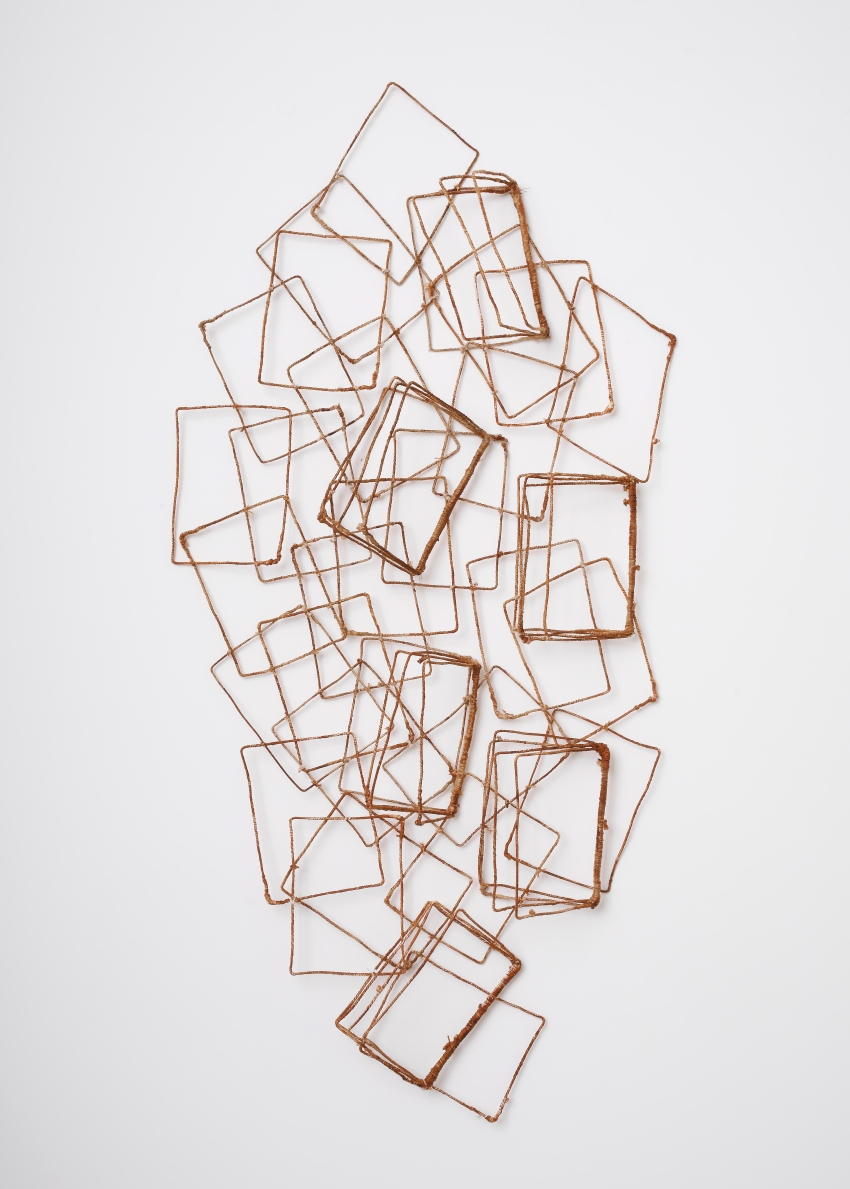