ERGO Collective presents the solo show SEE GIRLS by Frederikke Jul Vedelsby. SEE GIRLS is a work across 16mm film, drawing, and text, and is the first time the artist is showing works in Greece.

The body is amazing. This morning I cut myself when I was slicing bread. Now I want to rest and my wound is healed.
Thank you for your card. Even though you mailed it 7 months ago, I just got it. The timing was perfect. It arrived on my birthday.

She is sitting between some stones.
Someone is coming over and saying something she can't hear. At first, she just sees his mouth move, red, round, and remarkable, then his voice becomes clearer.
He is saying something about the stones.
It's nice the way the stones lie out here. Many of the stones have been lying under the floor of our house in various places. We moved the floors and when we were digging under the floor, we occasionally came across big stones. They were happy to get up in the air, instead of lying around under the floor.
Under my bedroom floor, there were two stones that we got out and placed in various places in the garden. And then there was this one more stone. It was so big that we couldn't move it out of place, so it's still under my bedroom. It is very special. Under your bedroom.

Siri’s mouth is a lot smaller now and can only accommodate little messages. I guess that's ok. Sister Siri is a machine elf, and please pardon the mistakes.

The beach will be there, the sand and water, and see girls will wait for us.

Frederikke Jul Vedelsby (b. Cph. DK). is currently an artist in residency at the Danish Institute at Athens (DIA), she holds an MFA from Malmö art academy (SE), studied critical writing at Biskops Arnö (SE), she was an artist in residency at LungA (IS), Can Serrat (ES) and participated at the Maumaus independent study program (PT) and Materia Abierta (MX). Frederikke makes the oil pastels she is working with and sees the video works as a collaboration with the people she is filming with.

Frederikke would like to thank the painter Alba Enström and the singer Suzanna Holland for participating in the work.

ERGO Collective is a creative platform founded on the premise of collaboration. Website: ergocollective.org 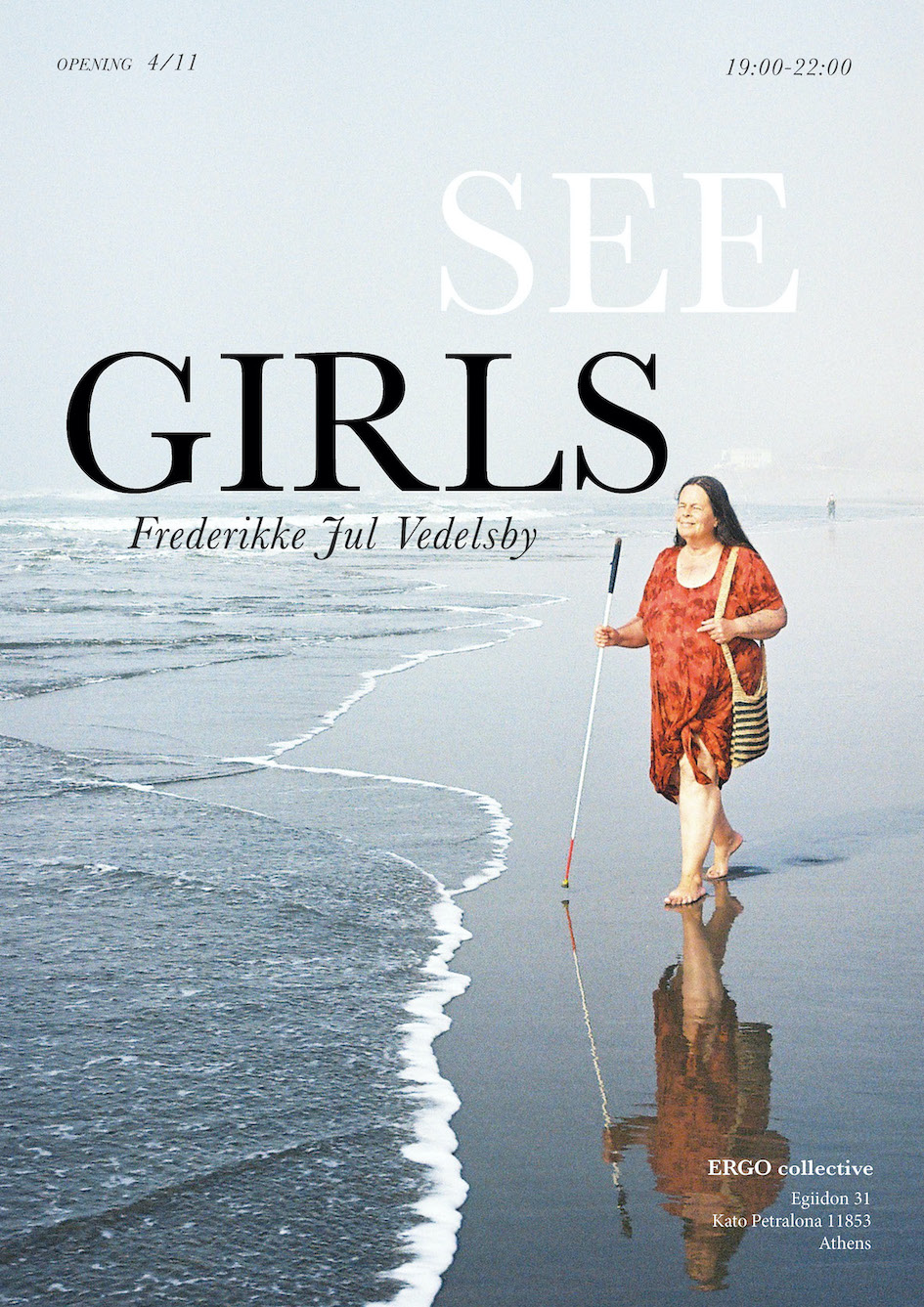