THE SPACE: Cantina ΑΝΤΙΣΟΣΙΑΛ is located in the same courtyard, opposite Cantina Social, the favourite bar in Psirri and functions as its salon. After all, art and nightlife were always embedded. Aye Mari is an exhibition series curated by Vassilia Kaga that launched in Berlin in 2017 and now is hosted at Cantina ΑΝΤΙΣΟΣΙΑΛ.
Aye Mari X Cantina ΑΝΤΙΣΟΣΙΑΛ aims to create a space, drawing inspiration from the salons** of the 19th century, back then it was an informal education for women where they were able to exchange ideas, receive and give criticism, read their own works and hear the works and ideas of other intellectuals.
Aye Mari X Cantina ΑΝΤΙΣΟΣΙΑΛ is now a space for all the marginalized identities that want to who want to create a rupture in the current art world. Aye Mari X Cantina ΑΝΤΙΣΟΣΙΑΛ questions the use of language in art text, so we keep it short and let the art speak for itself or we create texts, poetic manifestos that can be works of art themselves. Aye Mari X Cantina ΑΝΤΙΣΟΣΙΑΛ dreams of showing political art or just fun art.
*Aye mari means ''Go away bitch'' in greek. It can be used in various ways.
**The history of the salon is far from straightforward. The salon has been studied in depth by a mixture of feminist, Marxist, cultural, social, and intellectual historians. The salon was an Italian invention of the 16th century, which flourished in France throughout the 17th and 18th centuries. The salon continued to flourish in Italy throughout the 19th century. Gertrude Stein was a well-known hostess of a salon in Paris, where the central figures of modernism in literature and art met.
THE TEXT: SUN OR TOURISTS? CHEAP DESTINATION OR GENTRIFICATION? NEW HYPE OR ROMANTICIZATION OF POVERTY? The series takes off with “Heat and Run: a greek summer tale”. What is the essence of the Greek summer? Every summer millions of tourists choose Greece as their top holiday destination, with the most days of sunshine per year and hours of sunshine per day and has been found to be the warmest European country even during winter. From international capital and international cultural institutes to anarcho-tourists and the hyped art world, Greece is perceived as an uncultivated investment land or the place of counterculture. So probably Greece has it all. SUN, SEA, ISLANDS, CHEAP RENTS (for who?). Meanwhile, 28.9% of the population is at risk of poverty or social exclusion, cops are everywhere,CLASS ΕXPLOITATION/HOMOPHOBIA/TRANSPHOBIA/FATPHOBIA/ABLEISM/RACISM are totally embedded to the greek society, femicides every month, corruption, gentrification, rents higher and higher. However, even under these circumstances, we all wait for the summer to forget everything and get that summer state of mind, because summer for some of us is this utopian space-time continuum outside the capitalist system. So what does summer symbolize in our collective imaginary unconscious? Heat and run will try to depict the two sides of the same coin. 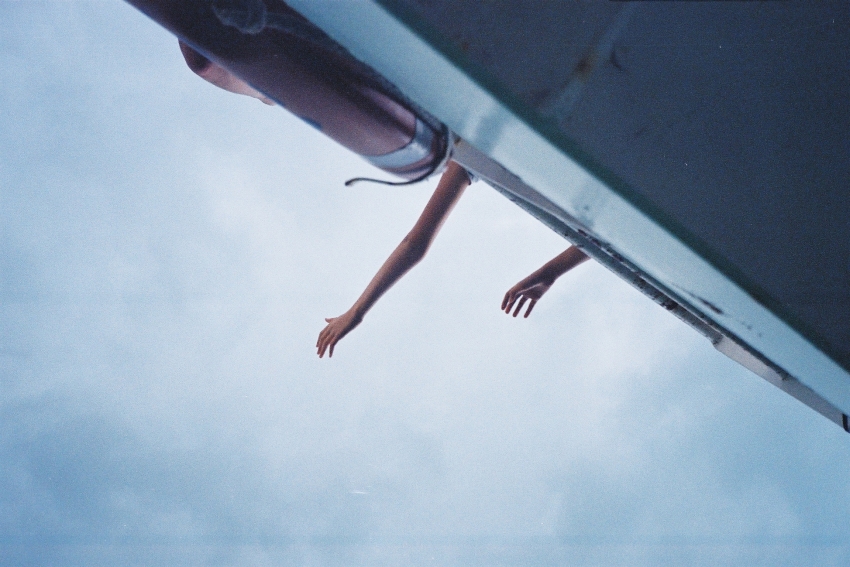