“Desire Lines” is a group show with works by Iza Koczanowska, Minsun Kim and Ruby Reding curated by Eleni Riga. The title draws inspiration from landscape architecture and queer phenomenology, a field of philosophy that examines lived experience and queerness. It denotes the unexpected encounters, marks, and objects that guide us to take alternative paths often based on desire rather than reason. During their three-month residency, the artists have created new works through directing their bodies towards or away from certain objects and have mutually impacted each other’s orientation.

Iza Koczanowska starts from the admission that the public space was not designed to accommodate female bodies. Taking on fear, she creates new works utilizing technology and assimilating city’s architectural elements in order to propose new urban deviations.

Minsun Kim engages with the notion of time introducing cultural and philosophical references from her home country, Korea. The artist dissolves time boundaries and linear narratives by proposing circular and interwoven forms.

Ruby Reding dives into complex issues of toxicity and biodiversity initiating an in- situ research at different river locations near Athens, following a wanderer around the remnants of a former abundant natural source.

Graphics by Katerina Kazou
This year’s residency is under the auspices of the City of Athens.

Ruby Reding’s participation is supported by the Arts Council England 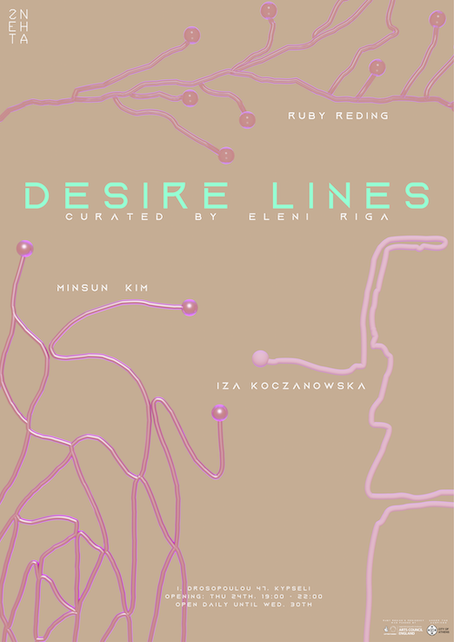