Modern Love (or Love in the Age of Cold Intimacies) is the next major group exhibition at ΕΜΣΤ. Curated by artistic director Katerina Gregos, it launches the museum’s winter-spring exhibition cycle, which focuses on digital technology and its influence on intimate human relationships.

The subtitle of the exhibition is a reference to Eva Illouz’s book, Cold Intimacies: The Making of Emotional Capitalism, which argues that these relationships have become increasingly defined by economic and political models of bargaining, exchange, and equity. Modern Love (or Love in the Age of Cold Intimacies) explores the state of love and human bonds in the age of the Internet, social media, and high capitalism, probing how the digital sphere, the impact of technology giants, and neo-liberal practices have transformed love, social relations, and the way we interact with one another.

The accessibility of the Internet to an ever-greater number of people has had liberating effects, encouraging and empowering more open and diverse lifestyles, contributing to the dissolution of interpersonal orthodox conventions and social constrictions, and crumbling taboos and biases around gender and sexuality.

Modern Love (or Love in the Age of Cold Intimacies) looks at how the Internet has facilitated the expression of non-heteronormative sexual identities, especially in societies where queerness or non-binary sexuality are considered taboo, or even forbidden. It also explores the human pathologies associated with the commodification of emotion and the effects of digital dependency on relationships, as well as the issues that arise when the boundaries between the public and private, as well the virtual and the real, become more and more fluid. The Covid-19 pandemic and physical distancing have added yet another challenge to achieving fulfilling, intimate and meaningful human interaction.

At the same time, we also live in a time that philosopher Byung-Chul Han has labelled “emotional capitalism”, where human emotions have been co-opted by market forces. Thus, apart from offering an open and potentially endless sense of possibility, the dating supermarkets of Tinder and Grindr, “speed dating”, and the ease of Internet exchange have also hollowed out relationships and led to selfish or narcissistic forms of behaviour and the creation and curation of misleading images of the self, making it ever more difficult to establish what is real, meaningful, or true.

Modern Love (or Love in the Age of Cold Intimacies) is as much about individuals as it is about the systems of control that bind us together. Equally, it is about new societal patterns, investigating the challenges and possibilities that the Internet and social media present. It recognises love as a potent emotional force and intense psychological bond between people that gives meaning to our lives in ways that no other interaction, object, or experience can.

At a time of increasing alienation, individualism, and loneliness – symptoms of our world’s increasingly urbanised lifestyles – how can we reclaim meaningful intimate relationships? How can love be rescued from the claws of capitalism and the corporate technosphere? How can one resist the instrumentalisation of love, its superficialisation and banalisation by commerce and social media? Modern Love (or Love in the Age of Cold Intimacies) looks into the pathologies and problems afflicting love and matters of the heart and attempts to imagine a way out of our current alienation, emotional sterility, and loneliness.

The product of ongoing research, the exhibition – which features 24 artists from 14 countries – comes to Greece after presentations at the Museum für Neue Kunst (Germany), Tallinna Kunstihoone (Estonia), IMPAKT [Centre for Media Culture] and Centraal Museum (Netherlands). For the exhibition at EMΣT Athens, Modern Love (or Love in the Age of Cold Intimacies) has been expanded to additionally include Greek as well as international artists, most of whom are presenting their work for the first time in Greece.

Modern Love (or Love in the Age of Cold Intimacies) is accompanied by a bilingual (English-Greek) publication designed by Rafaela Drazic and edited by Katerina Gregos and Theophilos Tramboulis.

A public programme with performances, talks, and screenings will kick off in the new year in collaboration with IMPAKT Media Organisation in the Netherlands.

The opening of this major international group exhibition will be followed in January 2023 by the launch of a series of solo exhibitions that focus on the impact on social relations and contemporary life of digital technology, the Internet, social media, and the economies they produce. 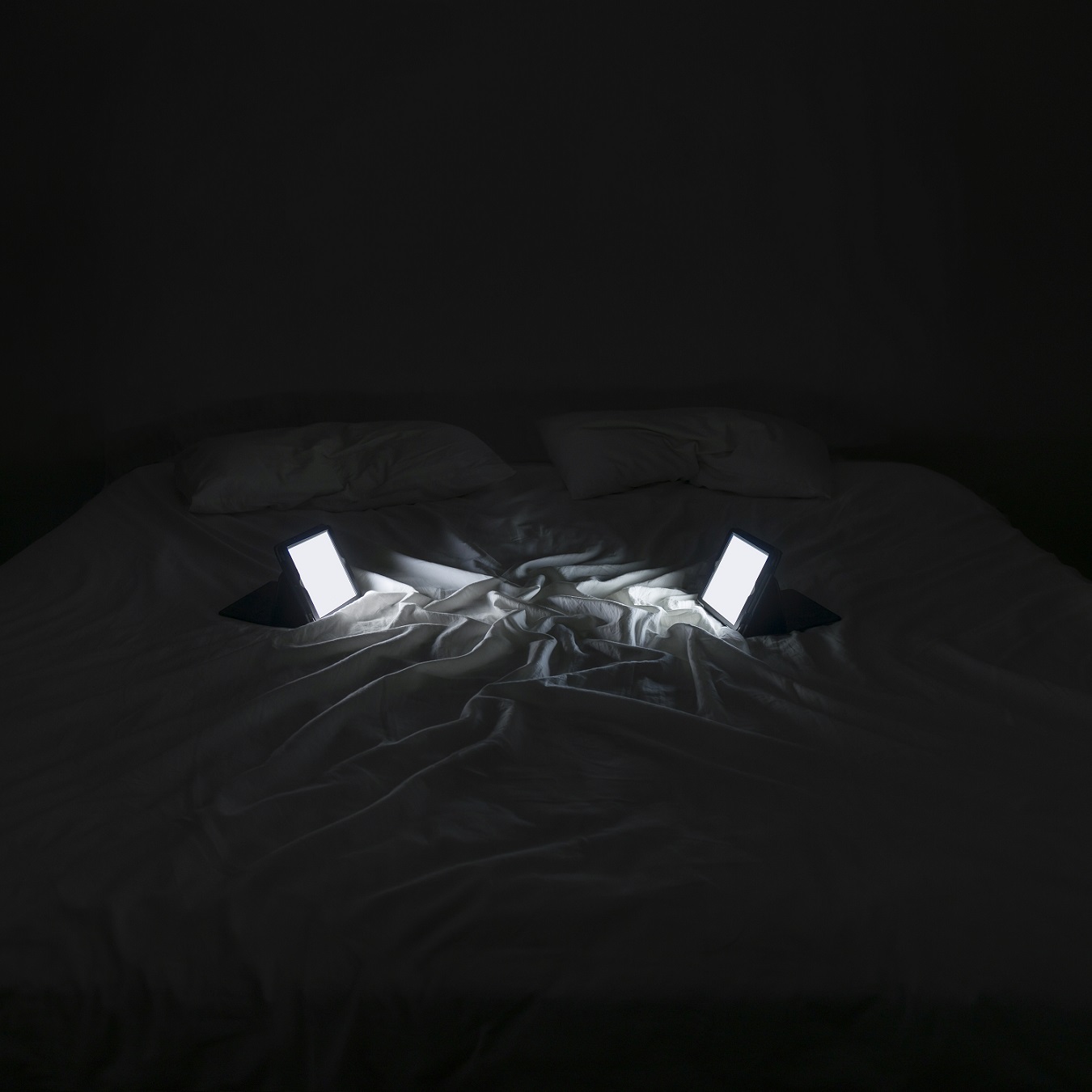