I Wake Up Fresh And Rested Most Mornings

I Wake Up Fresh And Rested Most Mornings

Ivan Seal (b. 1973) lives and works in Berlin, Germany. He creates eerie and uncanny still-life paintings that visualize realistic depictions of found objects. He blurs the lines between reality and fiction by illustrating abstract and distorted forms that derive from his imagination.

His massive, bulky, crystalline forms are brought to life by scraping and squishing fluid oil paint with knives and self-made scrapers. These circular forms are positioned within a background made of shifting colour tones to create the illusion of crystals, eyes, and portals. The enormous forms later transform into points of entry or exit that act as gateways between two universes. The paintings look outward and inward, observing what is in front of them while also being the object in view. Seal was inspired by this duality and presents a selectionof earlier pieces along with new ones. A.I. word generators were utilized to create the titles for the artworks, drawing inspiration from pharmaceutical terminology.

Warriors, monsters, and spiritual beings prowl or guard in the spaces between the crystals while standing still, unable to move due to the impasto technique that floods their bodies. These creatures were inspired by characters from the role-playing game Dungeons and Dragons. Tiny models, which are intricately painted, are utilized as visual representations of the roles that each player has during the game.

Ivan Seal’s paintings can be seen as elements of a broader, continuing archive. This archive serves as a record of one's wandering mind by collecting objects from memory. Seal uses creativity and recollection to produce paintings that are both flat and three-dimensional, realistic, and yet otherworldly. 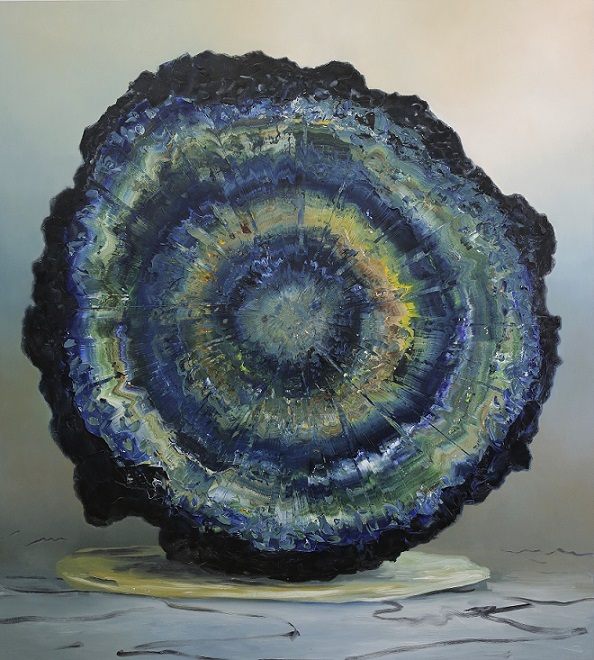