On the occasion of the 100th anniversary of the birth of Greek artist Philolaos Tloupas, also known as "Philolaos", P gallery | sculpture has the honor to present the maquettes of monumental artworks that Philolaos created in France in the second half of the twentieth century. The models are works of art in their own right and are being exhibited for the first time in Greece. In collaboration with major architects, Philoaos realized a large number of public monuments, mainly made of stainless steel and cement. His sculptures have a dynamic shape, a monumental character, a sense of movement and a symbolic dimension.

In the 1960s Philolaos discovered stainless steel and washed concrete, which gave a new impulse to both his artwork and his career. The combination of these materials allowed him to create monumental sculptures for public places. In 1959 Philolaos met the architect André Gomis and this was the beginning of a fruitful collaboration. Gomis commissioned a water reservoir sculpture, the Chateax d’eau de Valence, 52 and 57 m in height.  The sculptures, which were realized between 1967 and 1971, earned Philolaos in 1981 first prize for the best urban art project of the decade 1970-1980.

Keenly interested in the integration of sculpture in an urban environment, Philolaos continued to work with major architects and town planners and created sculptures and fountains throughout France.  He realized between 1967 and 1983 on average one project a year. In recognition for his work he was awarded in 1984 the Medal of Fine arts from the French Academy of Architecture.  In 2005, in the same year that he had an exhibition in the gardens of the Palais Royal in Paris, he was conferred the title of ‘Officer of Arts and Letters’ 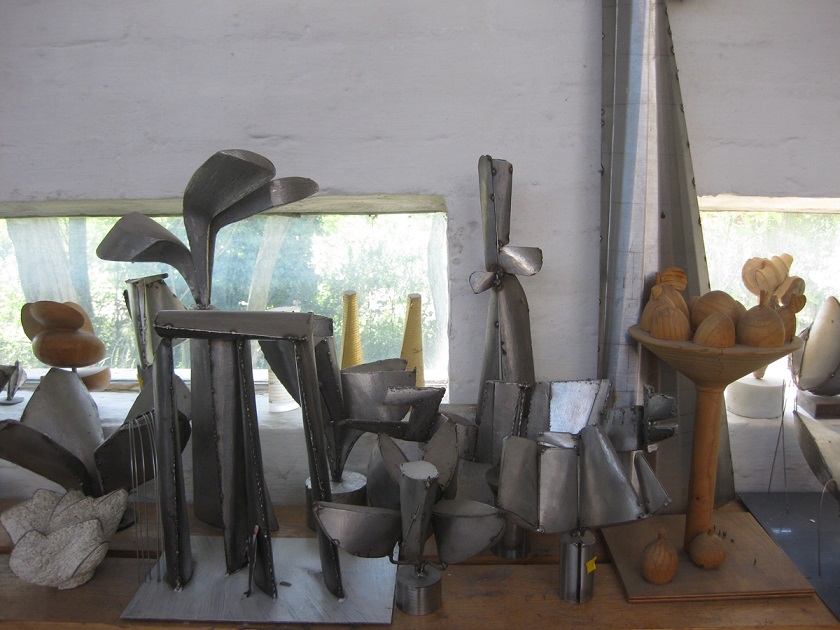